Thank you to my Irish comrade to translate this SITREP !

News from the Western Front... continued

Under the cover of night, while on our missions of observation, we have detected fresh traces of movement left by Ukrainian units, seemingly awoken by the creeping frost of an impending Winter...
Elsewhere,  among the defensive lines of the Donbass, fellow sentinels of the Republic confirm the revival of the'Ukrop' hellion, lurking in the depths of a thick autumnal mist. One could interpret this as the breath of future fighting seeping onto the sleeping battlefield ...

In a previous SITREP ("News of the Western Front") we reported on the overall progress of encroaching enemy assault and supporting units towards the contact line, all the  while in complete violation of the Minsk agreements which demand an exclusion zone for ordnance greater than 100 mm ...

Here we will publish a new chronology of events as things begin to warm up on the frontline... 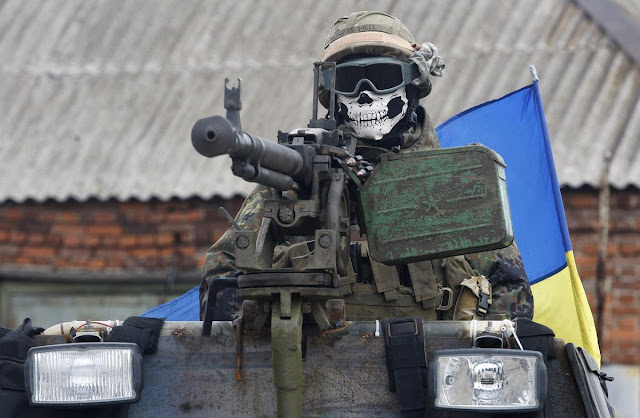 Summary of the previous situational report:

In defience of the current agreements and diplomatic statements brokered in the Minsk deal, the Ukrainian army continues to advance its assault units closer to the contact line, mainly in the North and West of Donetsk.

The identified 'Ukrop' forces are mainly armoured and artillery units, discreetly scattered all along the line of engagement. There has also been a fresh rotation of soldiers with the deployment of new units such as special battalions Azov and Aidar in the sector of Marinka.

Meanwhile the previously effective truce appears to have ended with the return of regular shelling by the Ukrainian army on Republican positions (there has been more than 90 violations of the ceasefire for the past week).

During the night, while the Ukrainian provocations continued in the northern sector of Donetsk, including firefights, shelling and clashes ... The Military Intelligence of DPR has identified:

In the area of Avdiivka, north of the airport, 5 km from the contact line,
- 1 armored assault group of batallion strength reinforced by artillery and tanks

In the area of Opytne, north of the airport; 2 km from the contact line,
- 1 high concentration of artillery units

Source of information the link : HERE

Violations and provocations of the Ukrainian Army continue; 16 violations of the ceasefire in the single day on the 28th of October, including 20 mortar shells which fell on residential areas in Staromikhailovka and Batmanka. The Intelligence Services of the DPR are continuously reporting on new offensive deployments ...

In Granitnoe sector and Starognatovka
- Arrival of 700 soldiers of the National Guard, to reinforce units already present

In our sector, our intelligence has ascertained the arrival of at least 10 Ukrainian tanks as well as the rotation of mechanised units. Travel is mainly carried out at night to avoid detection, for example, mortar units that are deployed further forward in order for our positions to be in the range of fire.

Source of information the link : HERE

Published by Erwan Castel French Volunteer in the Donbass.

A reminder of the likely plan of a possible Ukrainian offensive 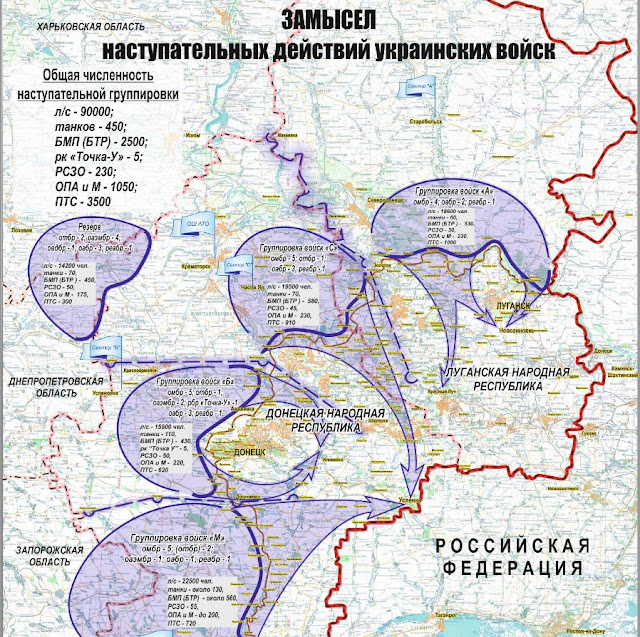 More information on this plan can be found in the following; Between theory and practice 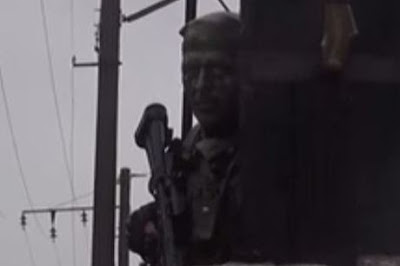 "Yet an enchantment remains wandering
along the yellow walls redoubts,
a mystery persisted stubbornly there,
in the recesses of the ditches,
in the shadow of the casemates,

the inexpressible feeling of things to come. " 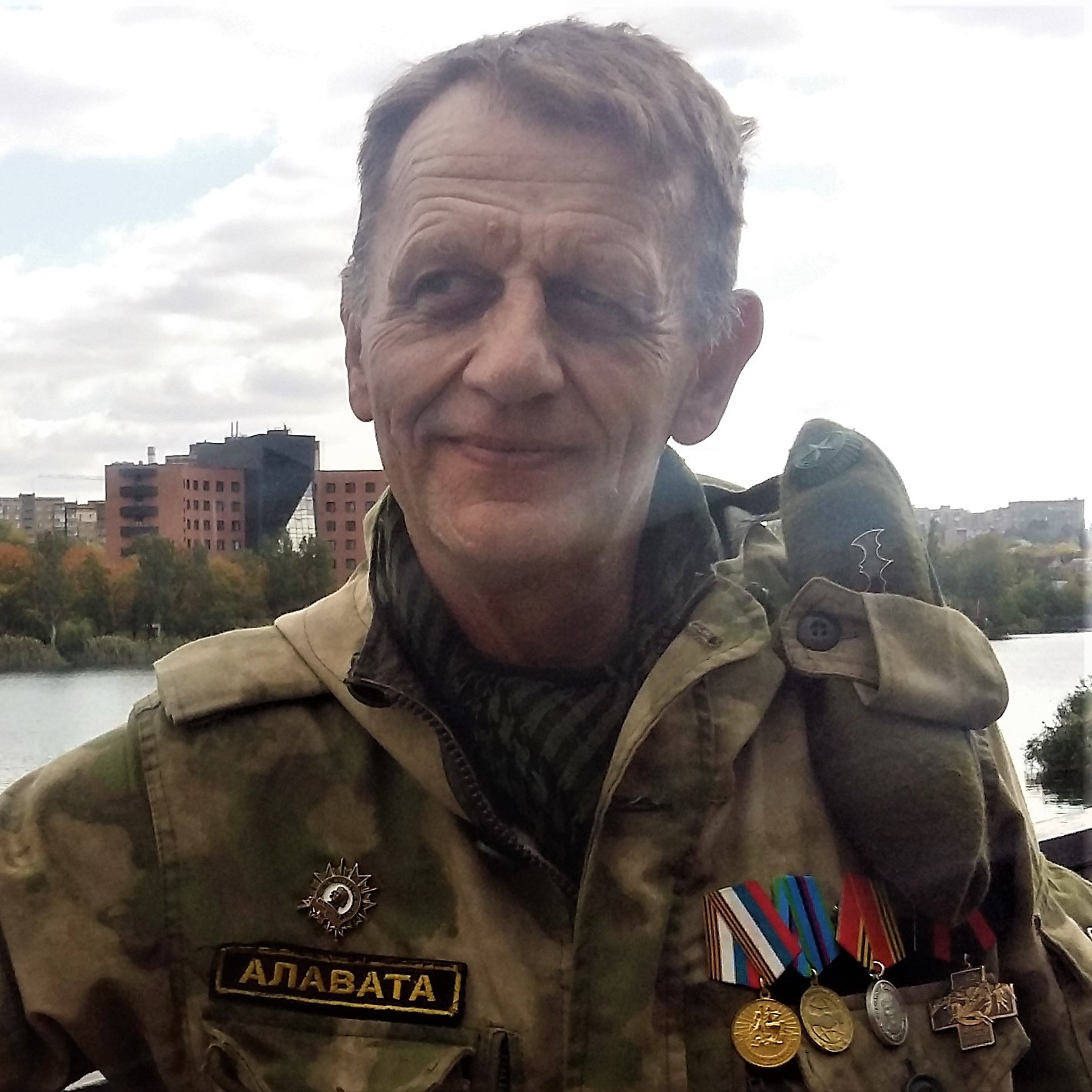 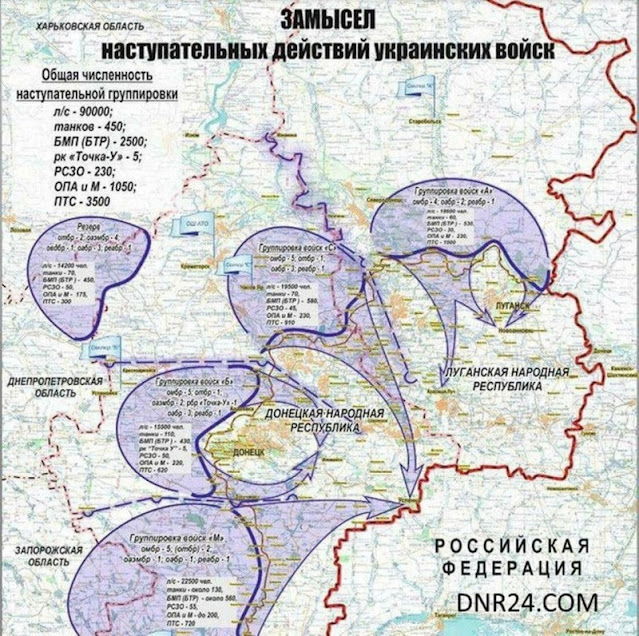